On September 11, 2017, a talk, titled "From Engineer to Entrepreneur" was organised by the Dublin chapter of Founder Institute and the UK and Ireland chapter of IEEE Young Professionals. The event was kindly hosted by Google at their European HQ in Dublin. I was fortunate enough to accompany Matthew Ellis on behalf of IEEE YP UK&I. Here is the flyer of the event. 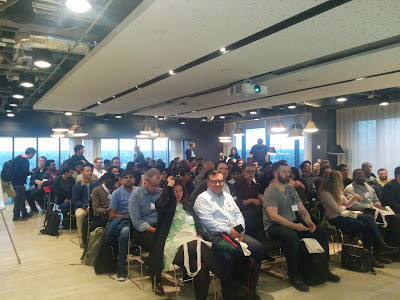 The event started off with the wonderful Patricia Scanlon, CEO of Soapbox, who walked us through her journey as a researcher, an intra-preneur and then an entrepreneur. 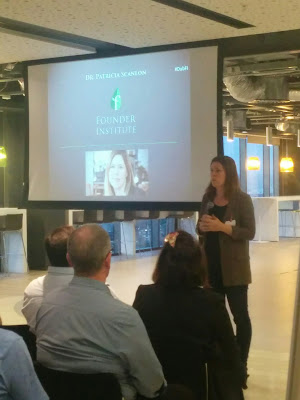 Patricia discusses how she scours the earth for the best talent

Her definitive work on voice recognition in children sits at the core . She shared her stories about the trials and tribulations that come as oft-ignored baggage with the entrepreneurial journey. Her voice recognition work at Columbia University, IBM, Alcatel-Lucent(Bell Labs) and Trinity College Dublin provided for a compelling story, and prepared her for the road ahead, where her work at Soapbox has acquired several laurels, including a $1.2 million seed funding earlier this year.

The old adage that children are often seen, not heard, is brought back into harsh focus, when we realise that the vast array of voice-recognition and control platforms, from Google's Assistant to Amazon's Alexa, are so attuned to adult voices, but perform horrendously when presented with a child. 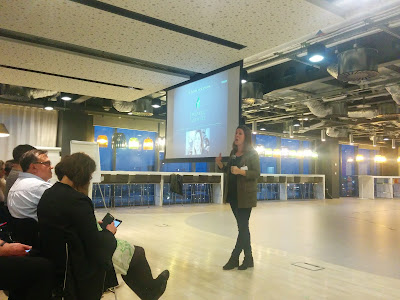 This is the founder you have been looking for...

We also got a peek into the investment opportunities and collaborations she was able to leverage, including support from Enterprise Ireland and the spinning-in of Soapbox Labs into the Learnovate Centre at Trinity College Dublin.

She spoke about the myriad relationships, amongst all of the stakeholders, the investors, the employees, the clients and collaborators and how it all comes together to solve anything from a customer pain point to core speech engineering issues, or to even ensure that there was always money in the bank for keeping the lights on.

While I was writing this article, Patricia showed up on the news again for her talk at InspireFest2017!

Patricia was followed by the delightful Neal O' Gorman.

Having graduated from Electronic Engineering in University College Dublin, Neal has gone on to become a serial entrepreneur with Artomatix being the 3rd company he has founded – the first was acquired by Agilent Technologies in 2006. His second company was a social games company that had an acquisition offer from one of the top social games companies in the world. Neal is also the Director of the Dublin Chapter of Founder Institute.

Neal spoke about the challenges faced by engineers, when they set off on an entrepreneurial path. 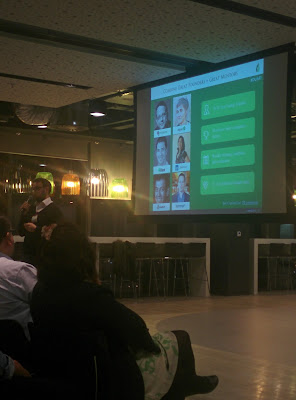 Neal talks about the Founder Institute

Some interesting misconceptions are widely observed when we look at why people want to get into the "start up game". They range anywhere from being a "get-rich-quickly" scheme, the ability to control your hours, to "being your own boss".

Neal stressed on the importance of perseverance, and abandoning your comfort zone. The zero salary periods, the work-life balance, and need to be planned and accounted for.

He mentioned how being away from home helped in his journey, as social and personal commitments and startup duties are always competing for the same scarce resource that is time.

He spoke about not getting too attached to an idea, identifying the right problem, building the right team, having that insane degree of commitment. 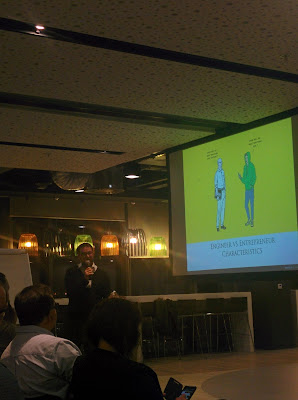 "Few startups succeed, and fewer ever turn a profit" - Neal-

Once the speakers were done, the audience got a chance to mingle with each other and get 1-on-1s with the speakers. 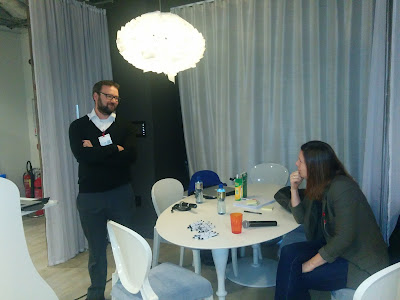 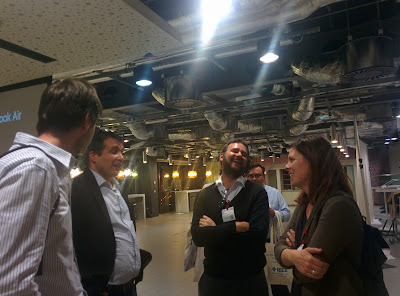 Overall, the event was well received, and will hopefully prove valuable to the attendees planning to set upon their own entrepreneurial journeys.

IEEE UK & Ireland (UK&I) Young Professionals is an Affinity Group for electrical, electronics, software and computer systems engineers that have graduated in the last decade. IEEE UK&I YP is a professional network that assists with transitioning from university into the professional world.

IEEE is the world’s largest technical professional organization dedicated to advancing technology for the benefit of humanity. IEEE and its members inspire a global community to innovate for a better tomorrow through its more than 423,000 members in over 160 countries, and its highly cited publications, conferences, technology standards, and professional and educational activities. IEEE is the trusted “voice” for engineering, computing, and technology information around the globe.

The Founder Institute is the world's premier idea-stage accelerator and startup launch program.

Based in Silicon Valley and with chapters across 170 cities and 60 countries, the Founder Institute’s mission is to “Globalize Silicon Valley” and empower talented and motivated entrepreneurs to build companies that will create one million new jobs.

The Founder Institute was founded in 2009 by Adeo Ressi and Jonathan Greechan. It is operated out of Palo Alto, California.

You May Also Enjoy

The future of STEM in a shifting landscape